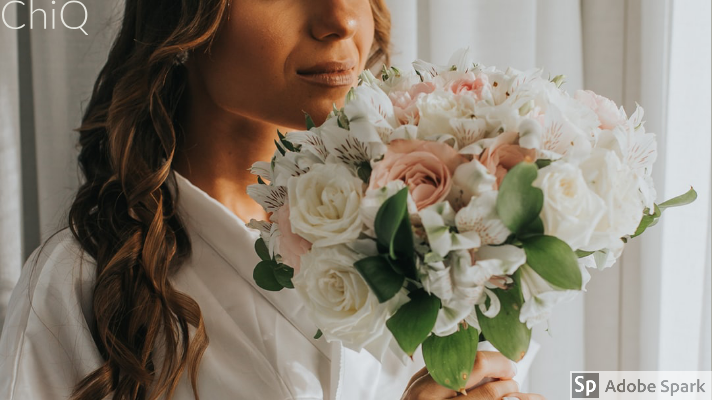 It was a bright sunny day, reflecting the clouds so shaped in different forms which was a sight to behold. But it was what the day came with that was most exciting for Zoe, Jamie and their friends and family.
It was the union of two people who loved each other and their two highly respected families. Both families were trilled with the match.

Zoe and Jamie’s family had breakfast the morning of the wedding with neither the bride nor the groom. Zoe personally made a mental decision not to see her husband to be, Jamie before the wedding. She ate in her dressing room even though she was nervous at the thought of the big day but happy to be wedding the love of her life. She needed to eat because she needed all the strength she could get.

The service was planned for ten o’clock that morning and the reception for one o’clock at noon. There was no doubt in everyone’s mind that the party would go late.

There were four hundred and more people coming finally, almost equally divided by the bride and the groom although Zoe was the more sociable one. Santy was the maid of honor and she was the second most emotional person at the wedding, Zoe’s mom being first, knowing what Zoe had been through. This was a dream come true. It was a royal wedding where the prince and princess would unite forever, only it was not a fantasy anymore, it was real.

Zoe’s mother and Santy was bustling around Zoe’s room in the morning and fussing over her like a baby. Her make up was already done and her hair was done with crystal hair pins. And when the time came they both helped her into her wedding dress.

The wedding gown was a lavish embroidered short sleeve lace princess cut dress made up of a tight fitting bodice with a floaty ethereal skirt overlay over a solid embroidered column dress that flares from the mid-tigh (right after the hips) to the floor. They both did up the tiny buttons. The clinched in waist and v-neck neckline looked exquisite on her. Santy put the tiara head piece on her while the veil which had a hanging captivating grapevine style with a pearl encrusted edge was placed by her mother and she settled it round her. Both women stood back to look at her as tears rolled down their cheeks. Without doubt, Zoe was the most beautiful bride they’d ever seen.

“Oh my God,” Zoe’s mum whispered as Zoe beamed at them, “you look incredible”. Zoe also felt that way too. She could hardly wait for Jamie to see her. The two women helped her down, carrying her long cathedral train. Then one of the brides maids, Root; who was also Zoe’s best friend, handed her the enormous bouquet of flowers. Jamie and Rocky his best man were at the alter and they looked dashing as well.

All four hundred and more guest were present, and as soon as Santy and Zoe’s mum took their place the choir began playing and singing the bridal chorus. All the wedding guest stood up and all heads turned at the signal from the minister. The tension was enormous, the glitters massive, the grins wide, and as slowly and solemnly the exquisite bride walked the marble floors in measured steps.

With her father by her side, there to lead her, protect her and hand her over to the man she was to marry. There was a sharp intake of breath as they saw the lovely bride gliding towards them. She was truly a memorable sight to behold.

She stood before Jamie and the minister and he gently took her hand. The minister addressed the church and began the service. At the appointed time, Jamie lifted her veil so lovingly and looked into her eyes.

They said their vows to each other, he slipped the narrow gold ring on her finger and she placed a simple gold ring on his too. They were proclaimed man and wife, they kissed each other and walked down the isle beaming and leaning on each others arm.

An hour later the reception party began everyone was in good spirit. The couple danced together and they looked dazzling on the dance floor. They later danced with their parents after which the rest of the guest joined them on the dance floor. People began eating and drinking, they danced, talked, laughed between a full mouth and commented on how good the food was which was rare at weddings.

The newly weds cut the cake and made a toast to a good life. With a full belly and glasses of wine and dancing every one was in good spirit. The guest didn’t start leaving until four o’clock in the evening. It was a huge success.

And as they got into the car to their hotel for the night, Jamie held her hand “Thank you for the most beautiful day of my life”, he bent and kissed her slowly. “Thank you for making my dream day the best day ever”, she also said and hugged him tightly. They waved at their friends and family as their car pulled away.

Immediately they stepped into their hotel room, they slept off with their cloths on, too tired to do anything. But the next day, every hour if that day was spent in bed, discovery each other, loving each other so passionately that they couldn’t get enough of each other. They ate, talked, laughed, in bed. It was glorious and so…

“Ahh!” Zoe screamed. The hot iron had grazed her hand. It was the pain that brought her back to reality. She lifted up the white shirt and looked at the big hole the iron made. She squeezed the shirt and threw it away in anger.

“If only marriage was as beautiful as the wedding day,” she lamented with frustration written over her face, “Why did i start thinking of my wedding five years ago? I’m supposed to be ironing the children’s school uniform not reminiscing on the past.” She said softly and sorrowfully. The Zoe on her wedding day and the Zoe in marriage now are totally different personalities. 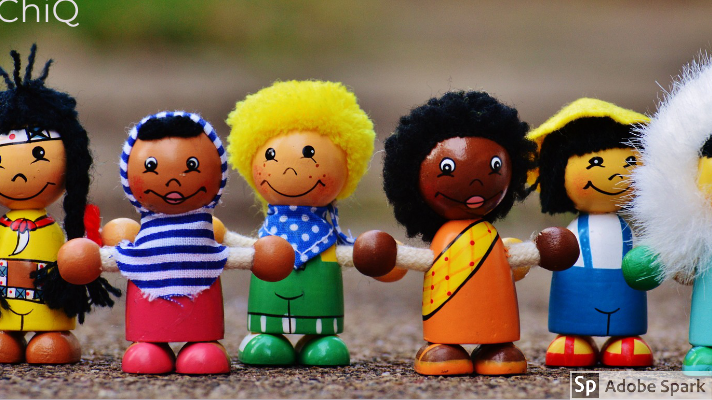 A baby’s wail brought her almost near tears with migraine.

“Jason, what’s making your sister cry?” She asked shouting for her first child to hear her.

“Mummy its Andrew. He grabbed Ann’s toy from her and that’s why she’s crying.” Jason replied.

He did and she asked ” Andrew you have a whole lot of toys right?”

“Good, so could you please stop taking your sisters toys from her. She needs hers more than you need yours. Instead, if you’re tired of playing with your toys ask Jason for his and play with it. Is that understood?”

“Good. Now everybody to your room fast. I don’t want to hear any noise.” She shouted sternly.

When they ran to their room, she closed the door and breathed a sigh of relief.”God this children would send me to the mental hospital one day for the headaches they give me.” Zoe muttered to herself.

Why did she have to remember the events of her wedding day now and spoil her day. Then she was so pretty, sexy and thin. Now she had become a size twenty and felt fat and ugly. Then she was all dressed up exquisitely but now she couldn’t remember the last time she wore a simple dinner gown. She hadn’t gone to a party in years or had champagne to her satisfaction, which was a far cry from the past.

In five years she was the mother of five children and one on the way. Her relationship with Jamie was still as passionate as before but presently everything around her was so gregarious. She felt like a baby pumping machine whose job was to pump out babies every year. Her life revolved around car pools, cleaning laundry, changing diapers, cooking and doing dishes. Now she smelt like baby powder.

No one told her it was a life changing experience. After saying ‘I do’ her life went from normal to abnormal. Nothing prepared her for the craziness, underestimate, untidiness, noise, mess, needs, demands, unpleasantness, bumps and imperfections that comes with marriage.

Once upon a time she thought it was cozy and rosy like the wedding now she knew better. Marriage is much more than the wedding. A wedding is just a day but marriage is a life time.

i would love to hear your thoughts on this story. Drop a comment below. And hit the like button if you enjoyed it. Love xox

2 Replies to “The Wedding Bliss”

Do you know that a persons words to you can either

For such a long time, those words held me down. An

AN UNEXPECTED SURPRISE We were in the bus when I

If its not money or cruise then please don't invol

Perhaps I achieved the greatest in 2020 after all.

Anita's elder sister has something important to sh

Jonathan not because he gave his life for David bu

Merry Christmas to you and yours from Anita's elde

Me I want to drop my picture and go. Since I fol